More than 20 years after the United States Congress passed the Dietary Supplement Health and Education Act of 1994 (DSHEA), the text and the details of this statute of Federal legislation are not often discussed.

As a reminder to our readers (and ourselves), we present details in the form of the congressional findings (Section 2) that provide the logical underpinning of the Act.

We also include the title and Table of Contents of the Act (Section 1) for informational purposes, including links to the full text (of all 13 sections) hosted on the website of the Office of Dietary Supplements (ODS) of the National Institutes of Health (NIH). 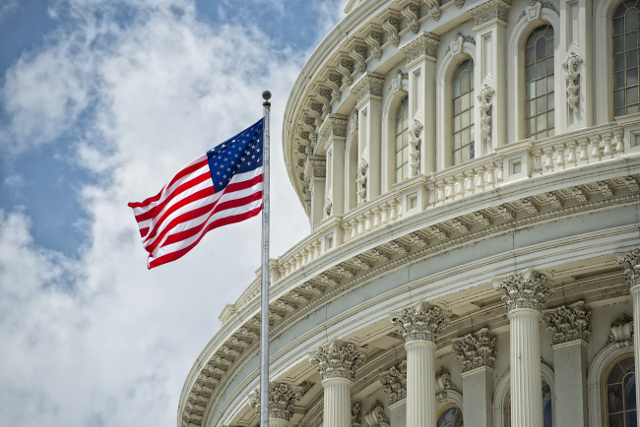 The congressional findings (below) are part of the Act itself. They provide insights into the legislative intent of the law. That is, its reason for being (raison d’être) and the purposes for which it was passed by Congress. ~

To amend the Federal Food, Drug, and Cosmetic Act to establish standards with respect to dietary supplements, and for other purposes.

Be it enacted by the Senate and House of Representatives of the United States of America in Congress assembled,

This Act may be cited as the “Dietary Supplement Health and Education Act of 1994”.

The table of contents of this Act is as follows:

(1) improving the health status of United States citizens ranks at the top of the national priorities of the Federal Government;

(2) the importance of nutrition and the benefits of dietary supplements to health promotion and disease prevention have been documented increasingly in scientific studies;

(3)(A) there is a link between the ingestion of certain nutrients or dietary supplements and the prevention of chronic diseases such as cancer, heart disease, and osteoporosis; and

(B) clinical research has shown that several chronic diseases can be prevented simply with a healthful diet, such as a diet that is low in fat, saturated fat, cholesterol, and sodium, with a high proportion of plant-based foods;

(4) healthful diets may mitigate the need for expensive medical procedures, such as coronary bypass surgery or angioplasty;

(6)(A) promotion of good health and healthy lifestyles improves and extends lives while reducing health care expenditures; and

(B) reduction in health care expenditures is of paramount importance to the future of the country and the economic well-being of the country;

(7) there is a growing need for emphasis on the dissemination of information linking nutrition and long-term good health;

(8) consumers should be empowered to make choices about preventive health care programs based on data from scientific studies of health benefits related to particular dietary supplements;

(9) national surveys have revealed that almost 50 percent of the 260,000,000 Americans regularly consume dietary supplements of vitamins, minerals, or herbs as a means of improving their nutrition;

(10) studies indicate that consumers are placing increased reliance on the use of nontraditional health care providers to avoid the excessive costs of traditional medical services and to obtain more holistic consideration of their needs;

(11) the United States will spend over $1,000,000,000,000 on health care in 1994, which is about 12 percent of the Gross National Product of the United States, and this amount and percentage will continue to increase unless significant efforts are undertaken to reverse the increase;

(12)(A) the nutritional supplement industry is an integral part of the economy of the United States;

(B) the industry consistently projects a positive trade balance; and

(15)(A) legislative action that protects the right of access of consumers to safe dietary supplements is necessary in order to promote wellness; and

(B) a rational Federal framework must be established to supersede the current ad hoc, patchwork regulatory policy on dietary supplements.

As we head into the 21st year since passage of DSHEA, we submit the text of the Act as a milestone in the history of US law. We look forward to a time when the sentiments expressed in the 1994 congressional findings may lead to revisions to the law and new laws that expand and support individuals’ proper use of dietary supplements.