Curcuminoids are the major active component of turmeric, a yellow compound isolated from the plant Curcuma longa (a member of the ginger family) and has been used for centuries in traditional medicines. Curcuminoids in turmeric include curcumin, desmethoxycurcumin, and bisdesmethoxycurcumin (these are standardized in the Sabinsa Curcumin C3 Complex® ingredient). 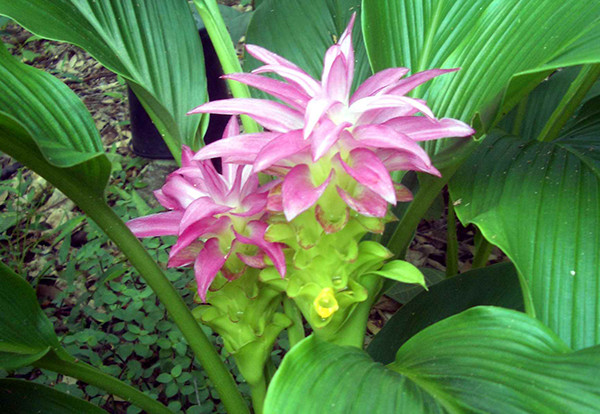 Curcuminoids exert both direct and indirect antioxidant effects by scavenging reactive oxygen species (ROS) and inducing the expression of cytoprotective proteins in an Nrf2-dependent way. It is considered a bifunctional antioxidant. The nuclear-factor-erythroid-2-related factor 2 (Nrf2), is a ubiquitous master transcription factor which induces the endogenous production of cytoprotective proteins/enzymes through binding to antioxidant response elements (AREs) at the DNA/gene level.

An excellent and extensive online source of information on curcuminoids (curcumin) can be found at: http://examine.com/supplements/Curcumin/

Scientific Studies on the Health Protective Effects of Curcuminoids

Databases (like the PubMed database of the National Institutes of Health (NIH)) of scientific studies contain thousands of up-to-date studies and abstracts about curcumin/curcuminoids. 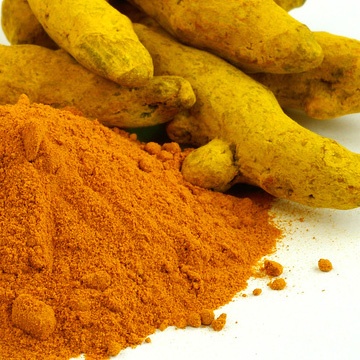 Turmeric root is the source of curcuminoids

Below we provide a few relevant scientific studies on the antioxidant effects and potential health benefits of curcumin/curcuminoids.

Pharmacological basis for the role of curcumin in chronic diseases: an age-old spice with modern targets

Curcumin (diferuloylmethane), a yellow pigment in the spice turmeric (also called curry powder), has been used for centuries as a treatment for inflammatory diseases. Extensive research within the past two decades has shown that curcumin mediates its anti-inflammatory effects through the downregulation of inflammatory transcription factors (such as nuclear factor kappaB), enzymes (such as cyclooxygenase 2 and 5 lipoxygenase) and cytokines (such as tumor necrosis factor, interleukin 1 and interleukin 6). Because of the crucial role of inflammation in most chronic diseases, the potential of curcumin has been examined in neoplastic, neurological, cardiovascular, pulmonary and metabolic diseases. The pharmacodynamics and pharmacokinetics of curcumin have been examined in animals and in humans. Various pharmacological aspects of curcumin in vitro and in vivo are discussed in detail here.

Antioxidant and anti-inflammatory properties of curcumin

Curcumin, a yellow pigment from Curcuma longa, is a major component of turmeric and is commonly used as a spice and food-coloring agent. It is also used as a cosmetic and in some medical preparations. The desirable preventive or putative therapeutic properties of curcumin have also been considered to be associated with its antioxidant and anti-inflammatory properties. Because free-radical-mediated peroxidation of membrane lipids and oxidative damage of DNA and proteins are believed to be associated with a variety of chronic pathological complications such as cancer, atherosclerosis, and neurodegenerative diseases, curcumin is thought to play a vital role against these pathological conditions. The anti-inflammatory effect of curcumin is most likely mediated through its ability to inhibit cyclooxygenase-2 (COX-2), lipoxygenase (LOX), and inducible nitric oxide synthase (iNOS). COX-2, LOX, and iNOS are important enzymes that mediate inflammatory processes. Improper upregulation of COX-2 and/or iNOS has been associated with the pathophysiology of certain types of human cancer as well as inflammatory disorders. Because inflammation is closely linked to tumor promotion, curcumin with its potent anti-inflammatory property is anticipated to exert chemopreventive effects on carcinogenesis. Hence, the past few decades have witnessed intense research devoted to the antioxidant and anti-inflammatory properties of curcumin. In this review, we describe both antioxidant and anti-inflammatory properties of curcumin, the mode of action of curcumin, and its therapeutic usage against different pathological conditions.

Turmeric, derived from the plant Curcuma longa, is a gold-colored spice commonly used in the Indian subcontinent, not only for health care but also for the preservation of food and as a yellow dye for textiles. Curcumin, which gives the yellow color to turmeric, was first isolated almost two centuries ago, and its structure as diferuloylmethane was determined in 1910. Since the time of Ayurveda (1900 Bc) numerous therapeutic activities have been assigned to turmeric for a wide variety of diseases and conditions, including those of the skin, pulmonary, and gastrointestinal systems, aches, pains, wounds, sprains, and liver disorders. Extensive research within the last half century has proven that most of these activities, once associated with turmeric, are due to curcumin. Curcumin has been shown to exhibit antioxidant, anti-inflammatory, antiviral, antibacterial, antifungal, and anticancer activities and thus has a potential against various malignant diseases, diabetes, allergies, arthritis, Alzheimer’s disease, and other chronic illnesses. These effects are mediated through the regulation of various transcription factors, growth factors, inflammatory cytokines, protein kinases, and other enzymes. Curcumin exhibits activities similar to recently discovered tumor necrosis factor blockers (e.g., HUMIRA, REMICADE, and ENBREL), a vascular endothelial cell growth factor blocker (e.g., AVASTIN), human epidermal growth factor receptor blockers (e.g., ERBITUX, ERLOTINIB, and GEFTINIB), and a HER2 blocker (e.g., HERCEPTIN). Considering the recent scientific bandwagon that multitargeted therapy is better than monotargeted therapy for most diseases, curcumin can be considered an ideal “Spice for Life”.

The transcription factor Nrf2, which normally exists in an inactive state as a consequenceof binding to a cytoskeleton-associated protein Keap1, can be activated by redox-dependent stimuli. Alteration of the Nrf2/Keap1 interaction enables Nrf2 to translocate to the nucleus, bind to the antioxidant responsive element (ARE) and initiates the transcription of genes encoding for detoxifying enzymes and cytoprotective proteins. This response is also triggered by a class of electrophilic compounds including polyphenols and plant-derived constituents. Recently, the natural antioxidants curcumin and caffeic acid phenethyl ester (CAPE) have been identified as potent inducers of heme oxygenase-1 (HO-1), a redox-sensitive inducible protein that provides protection against various forms of stress. Here, we show that in renal epithelial cells both curcumin and CAPE stimulate the expression of Nrf2 in a concentration- and time-dependent manner. This effect was associated with a significant increase in HO-1 protein expression and hemeoxygenase activity. From several lines of investigation we also report that curcumin (and, by inference, CAPE) stimulates HO-1 gene activity by promoting inactivation of the Nrf2/Keap1 complex leading to increased Nrf2 binding to the resident HO-1 AREs. Moreover, using antibodies and specific inhibitors of the mitogen-activated protein kinase (MAPK) pathways, we provide data implicating p38 MAPK in curcumin-mediated HO-1 induction. Taken together, these results demonstrate that induction of HO-1 by curcumin and CAPE requires the activation of the Nrf2/ARE pathway.

Influence of piperine on the pharmacokinetics of curcumin in animals and human volunteers.

The medicinal properties of curcumin obtained from Curcuma longa L. cannot be utilised because of poor bioavailability due to its rapid metabolism in the liver and intestinal wall. In this study, the effect of combining piperine, a known inhibitor of hepatic and intestinal glucuronidation, was evaluated on the bioavailability of curcumin in rats and healthy human volunteers. When curcumin was given alone, in the dose 2 g/kg to rats, moderate serum concentrations were achieved over a period of 4 h. Concomitant administration of piperine 20 mg/kg increased the serum concentration of curcumin for a short period of 1-2 h post drug. Time to maximum was significantly increased (P < 0.02) while elimination half life and clearance significantly decreased (P < 0.02), and the bioavailability was increased by 154%. On the other hand in humans after a dose of 2 g curcumin alone, serum levels were either undetectable or very low. Concomitant administration of piperine 20 mg produced much higher concentrations from 0.25 to 1 h post drug (P < 0.01 at 0.25 and 0.5 h; P < 0.001 at 1 h), the increase in bioavailability was 2000%. The study shows that in the dosages used, piperine enhances the serum concentration, extent of absorption and bioavailability of curcumin in both rats and humans with no adverse effects.