All three of ULTIMATE PROTECTOR+‘s components provide significant protection against the various types of free radicals that cause cellular damage in the body. In particular, the full spectrum of antioxidants derived from high ORAC fruits, vegetables, and herbs (as well as Vitamin C) provide extremely powerful exogenous sources of protection against oxidative stress. To obtain a quantitative measure of just how powerful these external sources are we have elected to conduct ORAC testing.

ORAC (standing for “Oxygen Radical Absorption Capacity”) was developed by Brunswick Labs as an analytical tool for estimating the antioxidant capacity of substances. It is an in vitro test that was an important advancement in commercially available analysis of the peroxyl free-radical’s trapping ability of foods and ingredients. It has become a de facto standard in the natural products industry. However, the original ORAC method was considered to be just a starting point for comprehensive antioxidant analysis.

The fact is that there are a variety of “free radicals” that operate in humans — the most important of which are the primary radicals hydroxyl, peroxyl, peroxynitrite, singlet oxygen, and superoxide anion. Brunswick Labs has reported that even though the peroxyl is the major free radical in the body, it represents no more than 27% of the total antioxidant potential of selected fruits and vegetables. In addition, the original ORAC method favors certain antioxidant substances over others (e.g., anthocyanins over carotenoids) due to the use of a single free radical source (peroxyl radical).

These radicals are formed, behave, and are defended against differently. They all contribute to: 1) a general condition called “oxidative stress,” or cellular damage, and 2) broad human health concerns caused, for example, by inflammation, and DNA and protein damage. They are each implicated in different health problems – from cardiovascular disease to macular degeneration and Alzheimer’s disease and to skin damage and aging. Below we provide a brief summary of these free radicals.

The Peroxyl Radical is very important in many biological systems, including lipid peroxidation, DNA cleavage, and protein backbone modification. Hydroxyl is highly reactive and cannot be eliminated by our endogenous enzymes (such as SOD and glutathione). It can damage virtually all types of macromolecules: carbohydrates, nucleic acids, lipids, and amino acids. In the skin, hydroxyl radicals are created by UV exposure. Peroxynitrite is a reactive nitrogen species that is particularly harmful to proteins. It has been implicated in the development of certain cancers, hepatitis, and chronic inflammation. In the skin, peroxynitrite contributes to the breakdown of vital proteins, such as collagen.

Singlet Oxygen is generated in the skin by by UV. In vivo, it is linked to the oxidation of LDL cholesterol and cardiovascular disease. Singlet oxygen is highly unstable and durable. Carotenoids are very effective at scavenging singlet oxygen. Superoxide Anion is a precursor of all other reactive oxygen species and sometimes is referred to as “the mother of free radicals.” It is highly toxic and contributes to lipid and DNA damage. Antioxidants that scavenge superoxide anion also help prevent the formation of radicals such as hydrogen peroxide and hydroxyl. Superoxide anion has been linked to hypertension and cardiovascular damage.

Recently, Brunswick Labs has introduced a new test called ORAC6.0. This test expands the ORAC platform to measure the antioxidant capacity against each of the five primary reactive oxygen species mentioned above as well as Hypochlorite (HOCl) which is another important free radical that is commonly found in the body as a by-product of the metabolism of other free radicals. Direct reaction of HOCl with plasmid DNA gives rise to single- and double-strand breaks via chloramine-mediated reactions. ORAC6.0 substantially improves broad-spectrum antioxidant analysis and gives evidence of the diverse antioxidant potential of natural products against radicals other than just peroxyl.  Brunswick Labs’ research shows that the antioxidants found in a wide range of natural products are effective against these primary radicals, and that in many cases a preponderance of a product’s antioxidant capacity is described by performance against the six free radicals included to the ORAC6.0 panel.

The overall daily ORAC6.0™ value for six capsules  obtained by adding the values for each free radical type is 968,237 units (272,743 units x 3.55 g)! To the best of our knowledge there is no other product that even comes close to providing such complete protection both in terms of breadth of coverage and overall strength. The Brunswick Labs ORAC6.0™ test results for ULTIMATE PROTECTOR+™ are posted on our blog. 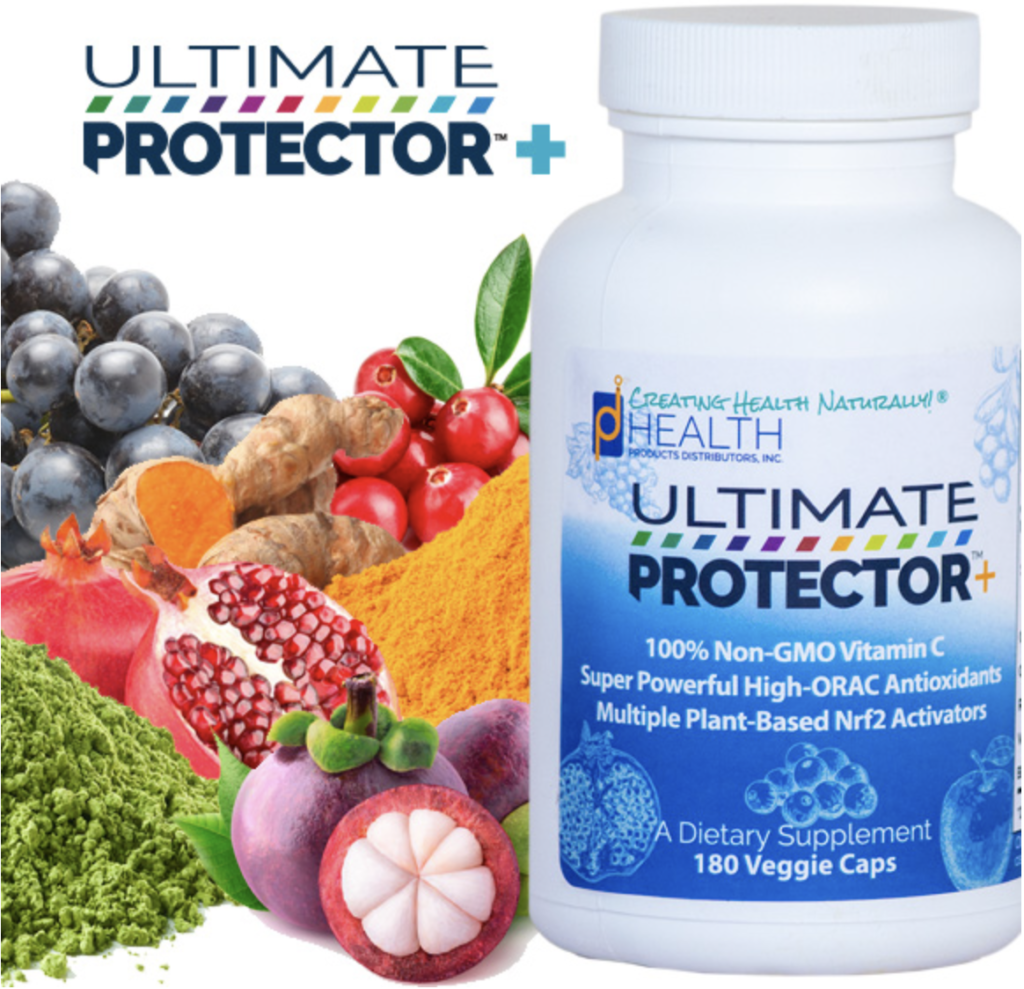 The bottom line is that you (or anyone) can stand to benefit dramatically from an advanced antioxidant formula that provides exceedingly high ORAC6.0 values and hence amazingly high cell protection…with just a modest daily dose of six small capsules. If you are at all interested to see how well this formula can protect your heath, then we suggest you try a bottle. See for yourself how ULTIMATE PROTECTOR+™ acts to provide you with the ultimate level of protection against free radicals. It’s 100% guaranteed.

One of the most significant developments for nutrient uptake and assimilation is the advent of liposomal delivery systems.…
Read More
0
0
0
We live in a digital world enjoying convenient and limitless access to people, information, and the Internet of…
Read More
0
0
0
The Orthomolecular Medicine News Service (OMNS) published on June 12 “The Need for Iodine Supplementation.” We believe strongly…
Read More
1
0
0
When I first learned about Nrf2 activators in early 2012, I became quite enthusiastic about new knowledge that…
Read More
0
0
0
In early 2012 a friend of mine told me about a new product he was taking from a…
Read More
0
0
0
Dr. Hank Liers formulated Ultimate Protector as an extremely powerful, triple-action antioxidant, vitamin C, and Nrf2 activator that provides…
Read More
0
0
0