Ever heard of Dr. Benjamin S. Frank? Chances are good you haven’t. But his pioneering research on the remarkable health benefits of dietary nucleic acids (RNA, DNA, nucleotides, nucleosides) is changing the world of nutrition. In fact, it’s revolutionizing our understanding of it.

If you have heard of Dr. Frank, maybe you read his book, Dr. Frank’s No-Aging: Eat and Grow Younger. It was a New York Times bestseller in 1976.

Or maybe you saw his technical treatise, Dietary Nucleic Acid Nutrition and Therapy (1977). That was his masterpiece on the topic of dietary nucleic acids for health. (If you read it, then you’re probably a doctor, nutritionist, or health researcher.)

Perhaps you’ve come across articles on Dr. Frank’s RNA research by Ward Dean, MD or other doctors and scientists writing on advanced nutritional topics. Maybe you follow my blog posts, such as “9 Things To Know About Rejuvenate!™ Superfoods.”

4) He creates a simple diet based on high-RNA foods he recommends for individuals who wish to gain these benefits.

Dr. Frank performed numerous research experiments using humans and animals on health effects of dietary RNA. In fact, he was among the first to report significant health benefits with a dietary approach. In this respect, he is perhaps the founder of dietary nucleic acid therapy.

Today, Dr. Frank might win a Nobel Prize in Medicine. Because what his research shows about the health effects of dietary nucleic acids is nothing short of groundbreaking.

Nobel prizes are not awarded posthumously. But if they were, he would be an ideal candidate for nomination because of the incredible potential nucleic acids hold for improving human health. However, it is important to note that despite their amazing benefits, Dr. Frank never regarded dietary nucleic acids as medicines, but as natural nutrients essential to health. 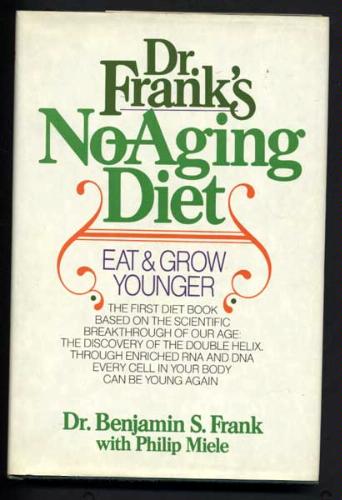 Dr. Benjamin S. Frank was born in 1923 and became a physician in New York City. He was both a practicing medical doctor and a PhD molecular biologist. This fact made him uniquely qualified to study nucleic acids from both practical and theoretical perspectives. From the 1950s through the mid-1970s, Dr. Frank pioneered the use of dietary nucleic acids for therapeutic purposes in aging and degenerative diseases.

In 1928, Dr. T. Brailsford Robertson in Australia presented the first experimental evidence that nucleic acids could promote longevity in a series of studies on mice. By the mid-1940s, Dr. Thomas Gardner at Hoffman-LaRoche replicated Dr. Robertson’s work with several modifications. 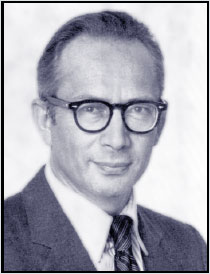 The contributions of Dr. Frank in many respects overshadow those of his predecessors and contemporaries in the realm of RNA research. He not only performed his research studies over the course of many years, but he also performed many of them using human subjects. It was his role as practicing physician that allowed him to see for himself the direct benefits his subjects gained from dietary nucleic acids.

Moreover, as I noted above, beyond experimenting with RNA extracts in his laboratory or confining the results of his human studies to technical works or scientific publications, Dr. Frank chose to develop concrete recommendations that anyone can follow. That is, he intentionally explores the RNA content of common foods in order to make the benefits accessible to ordinary people. He then builds the no-aging diet around foods providing the highest levels of dietary nucleic acids.

Dr. Frank acknowledges the work of earlier scientists and medical researchers who investigated nucleic acids and their role in health. Yet, he himself distinguishes his work stating:

“I aim at improving the health of the entire body rather than one organ or one disease at a time; my therapy involves both RNA and sometimes DNA; my patients take them orally, as in the diet, not by injection; and I regard nucleic acids not as medicines but as natural nutrients.” (73)

Dr. Frank’s writings often are technical and theoretical. But his focus on the practical aspects of nucleic acid therapy in Dr. Frank’s No-Aging Diet distinguish him from all previous nucleic acid researchers. This work is his accessible, highly readable guide to the dietary program he developed for his patients. As I noted previously, he fully intended his diet to be easy to follow by anyone.

It is the simplicity and practicality of Dr. Frank’s diet that makes his book compelling, as well as popular enough to be a bestseller. Not an easy feat.

Dr. Frank also reports results he gains from using nucleic acids for a variety of health issues and specific conditions:

This list is quite extensive and impressive. In Part Two of this article, I will expand on the mechanisms by which dietary nucleic acids support optimal health. I will also delve into the details of Dr. Frank’s no-aging diet recommendations in order to show how individuals can create their own ideal high-RNA diets.

“On the influence of nucleic acids of various origin upon the growth and longevity of the white mouse. ” T. Brailsford Robertson. Australian J. Exp Biol Med Sci, 1928, 5: 47–67.

SELECTED ARTICLES FROM THE HPDI BLOG

9 Things to Know about Rejuvenate!™ Superfoods by Fred Liers, PhD

BE HEALTHY WITH REJUVENATE!™ BERRIES & HERBS by Fred Liers, PhD

Rejuvenate! PLUS Superfood is High in DNA and RNA with sprouts, chlorella & more by Mike Adams